HomeBlogHurricane Elsa on the Way to Florida

We hope you are enjoying the 4th of July holiday weekend with your family and friends.

Our office location will be closed Monday in observance of the holiday, but rest assured, we will be here to help should Tropical Storm Elsa affect our clients.

As a reminder, you can text our office at 239-593-7333 or email This email address is being protected from spambots. You need JavaScript enabled to view it.. One of our insurance professionals will be in touch as soon as possible.

Please note that insurance companies will not allow us to bind or alter coverage at this time due to Tropical Storm Elsa.

The latest news from CNN regarding hurricane Elsa shows it heading towards South West Florida. 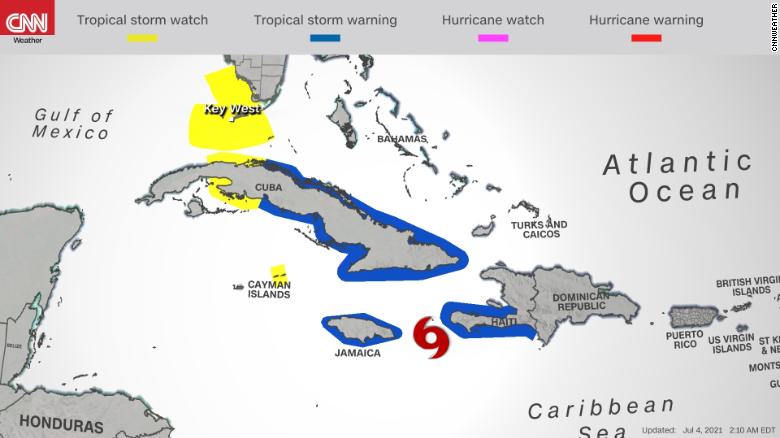 Watches and warnings are in place as Tropical Storm Elsa approaches Cuba.
The forecast is less certain after Sunday, meteorologists said, but Elsa could bring heavy rain and gusty winds to South Florida this week as a tropical storm -- including the site of the deadly Surfside condo collapse.
The hurricane center issued a tropical storm warning for the Florida Keys, from Craig Key west to Dry Tortugas. Meanwhile, a tropical storm watch has been issued from Craig Key east to Ocean Reef, and for the southwest coast of Florida, from Flamingo north to Bonita Beach.
By Monday, Elsa is expected to track across central and western Cuba and head toward the Florida Straits. Tropical storm conditions are forecast for portions of the Keys and southwestern Florida by Monday evening. Elsa is then forecast to move near or over portions of the west coast of Florida on Tuesday and Wednesday.
Some slight strengthening is possible Sunday as Elsa tracks through warmer waters, approaching the south-central coast of Cuba. However, gradual weakening is forecast to occur Sunday night and Monday when Elsa moves across Cuba. After the storm passes Cuba, it will track into the Florida Straits where some slight restrengthening is possible as it moves over the warm Gulf Stream. 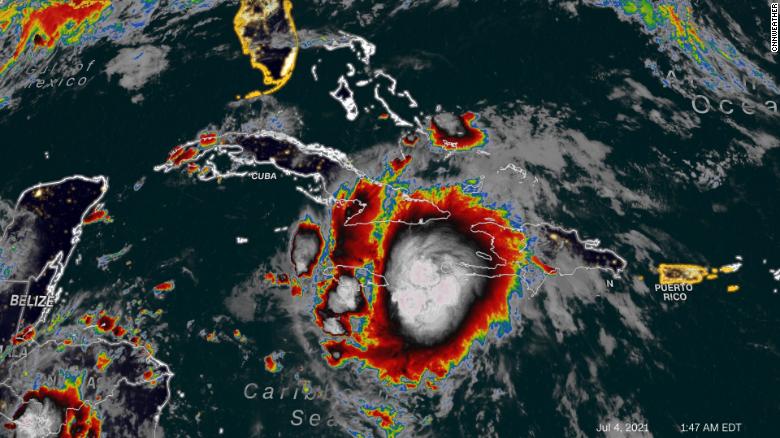 Tropical Storm Elsa will impact parts of Cuba and Jamaica Sunday.
Tropical storm conditions, including heavy rainfall and storm surge of 1 to 3 feet, are expected late Monday in the Florida Keys, and are possible along the coast of southwestern Florida beginning Monday night.
Florida Gov. Ron DeSantis issued a state of emergency for 15 counties on Saturday ahead of Elsa. He encouraged residents to begin preparation efforts, including stocking their disaster supply kits with a week's worth of supplies and coming up with a disaster plan.
"We're preparing for the risk of isolated tornadoes, storm surge, heavy rainfall and flash flooding," DeSantis said.
The state of emergency covers Charlotte, Citrus, Collier, DeSoto, Hardee, Hernando, Hillsborough, Lee, Levy, Manatee, Miami-Dade, Monroe, Pasco, Pinellas and Sarasota counties.
Based on the latest forecast track, Elsa could start bringing winds and rain to the Florida Keys and southwestern Florida by Monday night as a tropical storm. It then could track along Florida's west coast early next week.
The hurricane center forecasts Elsa will bring 2 to 6 inches of rain to portions of the Florida Keys and southern Florida.
Last modified on Sunday, 04 July 2021 12:17
Read 595 times
Published in Insurance Blog
Tagged under
Tweet
back to top

Insurance for your Necessities

Insurance for your Toys

Plan, but live for today - that's our stand. The Roe Agency has been providing security and peace of mind for more than 40 years, because we want to help protect what matters to you the most. Another change in your Florida Insurance? Educate yourself.

Please visit our Allstate Agency Web Site to get more information on the Allstate products and services we can offer.